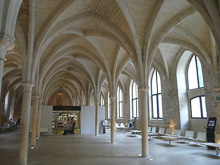 Le Gourmand du Maubert is located in one of the most historic areas of the city, even pre-dating the Roman invasion when it was peopled with a Celtic tribe known as the ‘Parisii’. Under the Romans the growing settlement was named Lutetia, and this name survives in the nearby Roman arena, the Arènes de Lutèce in rue Monge. 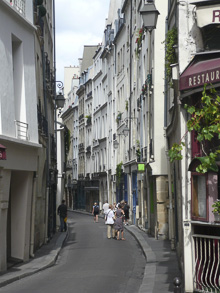 In the ensuing centuries the settlement grew in size and importance to become a royal capital, with the Left Bank area near the Seine becoming a centre of cultural and ecclesiastical learning. The most powerful was the richly endowed Abbey of Saint-Victor, founded in 1110. Together with the cathedral school of Notre Dame, the Abbey precinct eventually grew into the Sorbonne University after the Pope granted permission for its establishment in 1215. The name ‘Latin Quarter’ is derived from the fact that Latin was the language used in the university colleges during these times.

The area is still regarded as the intellectual hub of the city. Rue du Cardinal Lemoine was named after the 13th century papal legate Cardinal Jean Lemoine, and follows the walls of the original Saint-Victor Abbey. 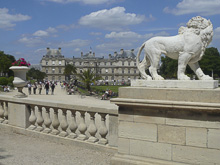 From 1210, under King Philippe-Auguste, the city was enclosed by thick defensive walls and towers. These were pierced by 11 gates, five of which were on the Left Bank, as well as arches to permit the flow of the river and its tributaries such as the Bièvre. Rue de Bièvre, located between the apartment and Place Maubert, marks the old course of this tributary. Remains of one of the gates, Porte Saint-Victor, can be seen on rue des Écoles near the corner of rue du Cardinal Lemoine, and one of the best remaining fragments of the original wall is in rue Clovis—these are both just up the street from the apartment.

The quartier has not only been one of spiritual and intellectual pursuits. Around the nearby metro station Jussieu there is another of the major universities of Paris. This grid-like precinct was once a vast wine warehouse storage complex, called La Halle aux Vins, constructed in 1811, built on the original Place Saint-Victor. This giant Halle was said to resemble a town, with its own small cottages, squares, pavilions, taverns, alleys and hidden nooks and crannies, where the workers lived and worked as a self-contained community. The streets were all named after the regions 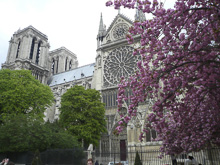 from where the wines originated: rue de Graves, de Champagne, de Bordeaux, de Languedoc and de Touraine. The wine was transported down to the river to be put on barges or carts and dispatched to far-flung clients. All this activity was a world away from the rarefied atmosphere of a cloistered abbey and university colleges, but succeeded in creating a neighbourhood rich in texture and a broad social spectrum. 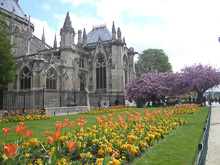 Today, the visitor to this fascinating quartier can walk these historic streets and still see the evidence of its past, while enjoying the delights and amenities of the present. Continue on past the university to the botanic gardens of Paris, the Jardin des Plantes.